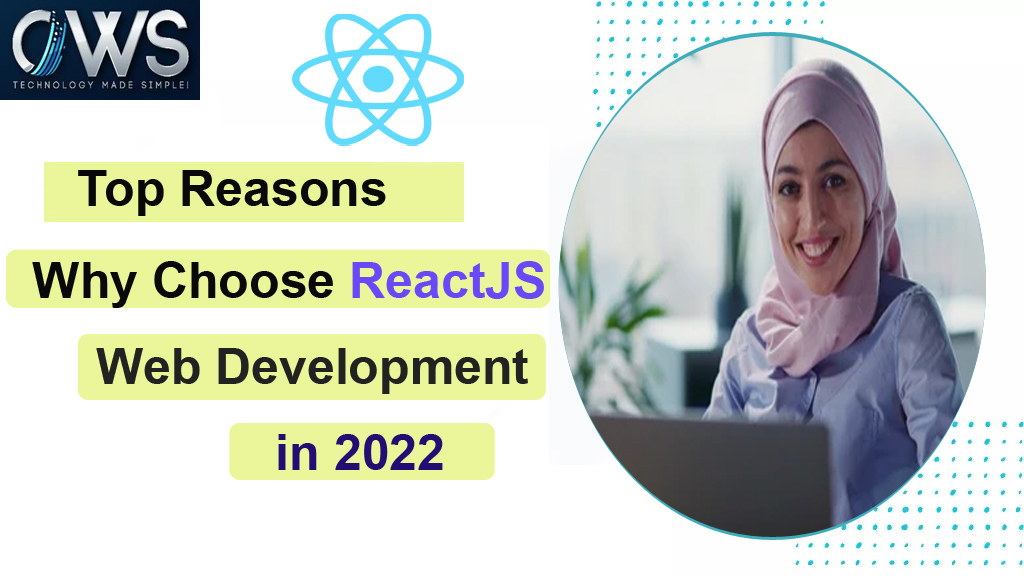 As a client or programmer, you may have used ReactJS development services sooner or later at some point. ReactJS is regularly considered a JavaScript framework like Angular or React.js; however, it is an open-source front-end library.

It was in 2011 that it was first seen publicly in Facebook's news feed, and then Instagram swooped in and did the same. From that point on, ReactJS best practices began to be used by many different websites and applications.

In any case, what makes ReactJS so popular among the development community? To that end, we're going to look at the reasons why you should choose a ReactJS development company to build a website or web application.

ReactJS gives developers a better working experience and benefits to change any component at any time. The best part is that it doesn't affect any other application, leading to wide business support and numerous websites built on React. The framework is winning the hearts of developers as one of the robust leading applications for developing its performance, flexibility, usability, etc.

Since its inception, the framework has taken the world of front-end development to a whole new and improved level. Hire ReactJS development services if you want to create an amazing website for your business.

What is ReactJS suitable for?

React makes it easy to create an interactive user interface. It helps create individual user interface components, including visual elements and the logic underlying those elements. We know that React is designed for building robust component applications. Since React is used as a front-end technology, it is not convinced and can be paired with different technologies performing the backend.

ReactJS is built around the concept of components 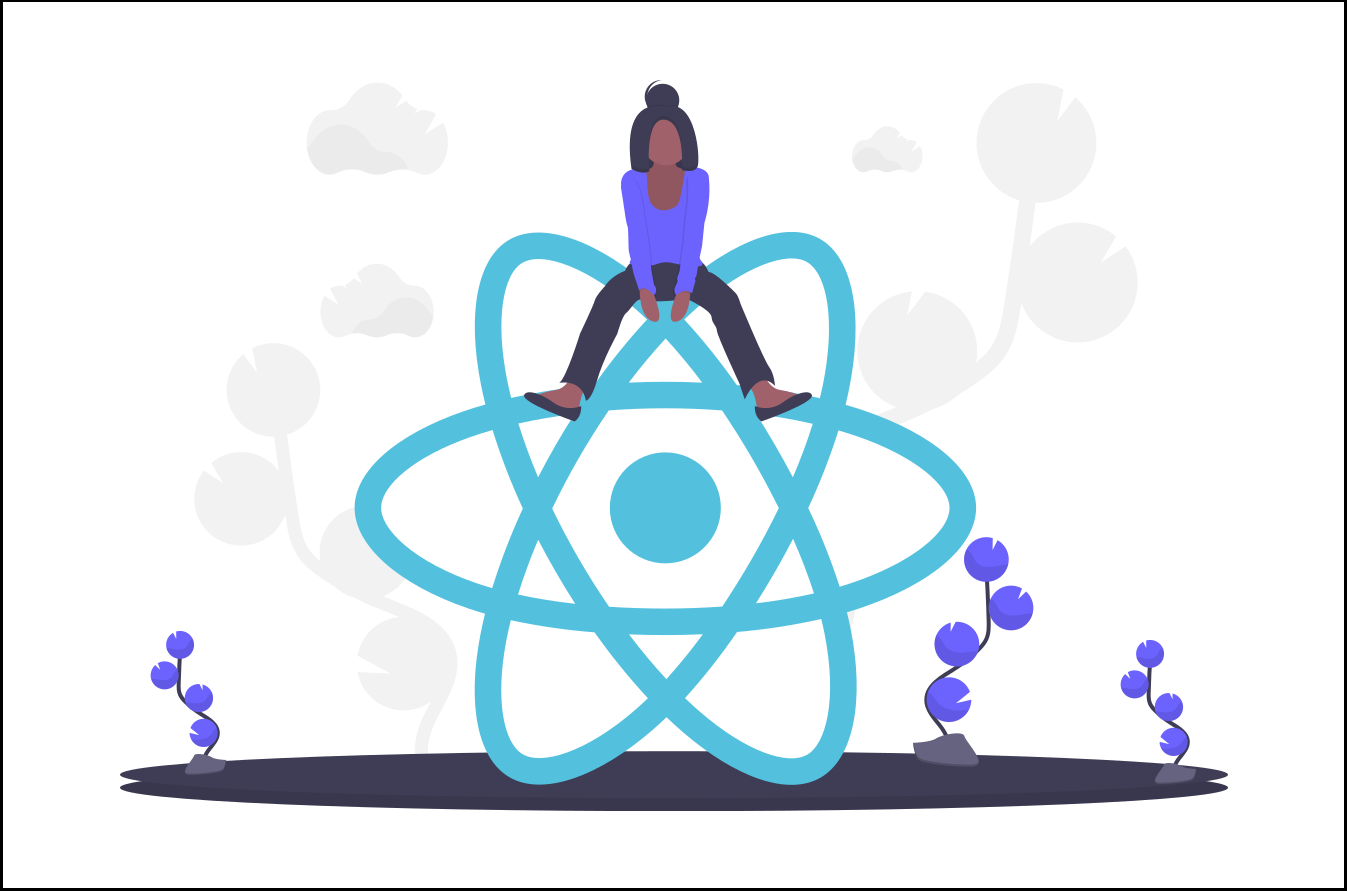 Here's an overview of the motivations behind choosing ReactJS in 2022. We're keeping a close eye on how these critical motivations drive everyone to opt for React JS web development.

1. Absolute simplicity in the learning curve

Don't be fooled! ReactJS is something that cannot be mastered in a few days because it can take months or even a whole year to get it right. Be that as it may, unlike Angular, one doesn't need to be familiar with different dialects like ECMAScript 6 (ES6) or TypeScript to work on the same. All one needs to start working with ReactJS are the basics associated with CSS, HTML, and especially JavaScript, while the rest would fall into place.

One-way or unidirectionally information flow means that information has only one method to move to different parts of the application. It means that the child component cannot retrieve the knowledge from the parent component.

In ReactJS, information from the parent component is treated as props, guaranteeing programmers an efficient, clean flow of information with better knowledge. In ReactJS, one-way information flow means: The status and also the next view are transferred to the child folder. A view triggers an action. Actions can change state. The changed state is propagated to the child component and further to the display

3. Things are Pretty Much Reusable

ReactJS uses a kind of component-based development methodology. Components are simply those that complete the whole UI puzzle. It tends to be anything right from a dropdown menu, a comment feed, a chat window, and many more. All of these UI components exist in a given space, yet communicate freely with each other.

ReactJS enables the production of autonomous, reusable components. To be reusable, a component should accept information using props and return a result through functions passed by the props. The render support is what is used to let the part know what content should be delivered. This scenario helps enable what logic to perform for component reuse.

4. Loads of Developer Tools at the Disposal

Too many ReactJS developer tools present on the platform is the reason why developers find ReactJS proficient enough to use them. ReactJS tools are a perfect combination of libraries, extensions, and frameworks that have been developed to enhance the development going on in React additionally.

The front-end designer can take advantage of the debugging extensions, testing tools, code generators, and many other built-in tools available for ReactJS to create more stable code and more robust applications while reducing development time. So many developer tools within ReactJS work on Chrome or Firefox internet browsers.

Another feature that makes ReactJS more appealing to programmers is virtual DOM.The VDOM is a programming idea that keeps the optimal display of the user interface in memory and is then synchronized with the actual DOM. The most common way to do this is reconciliation. This methodology enables an explanatory ReactJS API that allows the platform to know the state of your UI. It then ensures that the DOM conforms to this state, with the "virtual DOM" regularly implying different things to different individuals.

In ReactJS, the term is often associated with UI objects. ReactJS uses threads to hold the data identified with the component tree, which initiates a manual DOM refresh and quality control that would somehow be used to build the application.

It is possible to make the stage variant explicit, allowing separate codebases to share code across stages. With the use of React Native, one group can keep two phases using a solitary innovation – React.

Subsequently, it is easier for programmers to switch to React Native. This scenario creates native portable apps that don't think about it.

Flux is another reason why experts use ReactJS. Additionally, flux is an application design used by Facebook to build customer-side web applications using React. Flux React plugins as a view and follow a one-way data flow model. Flux can be used when an application has dynamic information, and the information should be refreshed efficiently to reduce runtime errors.

Redux is the expected state for ReactJS applications. Redux helps programmers create web applications that change various conditions, work reliably, and are not difficult to test. Redux also helps a team of experts with live code coupled with a debugger to simplify the development cycle. This scenario makes settling on React a great decision for frontline developers.

Because React is created by Facebook, it is maintained not only by Facebook but even by autonomous backers around the planet. React's GitHub Repository has over 165k people and is one of the best repositories on GitHub.

There is a React Developers group of over 110,000 individuals who help solve and share React-related issues, called React flux. This scenario creates extensive community support with the ReactJS platform.

JavaScript XML is an extension created by Facebook for JavaScript syntax. JSX is intended for the increasing utility of HTML structures in JavaScript.

If a programmer uses JSX, there is no compelling reason to isolate HTML from JS. Standard HTML syntax interlaced with JavaScript and ReactJS code can be used.

An experienced team of ReactJS developers will bring their expertise and help you achieve all your desired goals. It enjoys a thriving community every day and receives high-level support from developers.

How Can Software Development Help Your Business Cope with Crises?