Are Progressive Web Apps (PWA) the Future of Web Development? 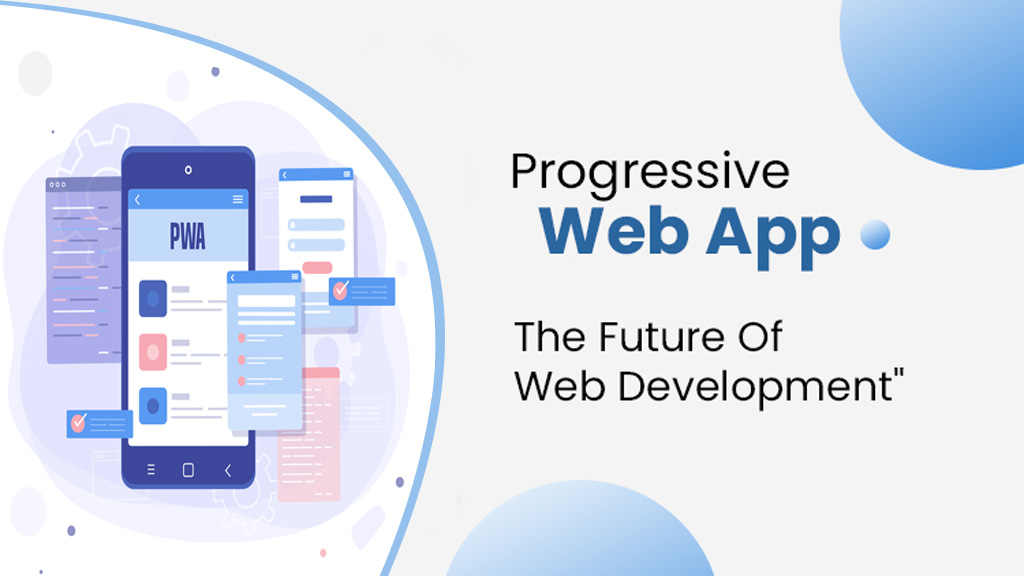 Web development has always been a preferred and favored arena for developers. eCommerce was revolutionized with the development of communication and transportation, creating an ever-accessible global market for sellers. The World Wide Web advanced from becoming a host of information and content to an eCommerce and virtual world platform, an opening multitude of opportunities for users. Any brand looking to flourish in the market today has to build a strong presence on the internet through websites, software, and mobile applications.

The word web development itself has taken a journey of its own, its expectations changing with time. The first generation of Web1.0 was leaning towards static and traditional pages, with written content highlighted by thoughtful designs. There was little to express or interact with, information display being the key goal for developers. The designs were also limited to images and videos, color, and font management. Web 2.0, the most prevalent at present, changed static components to dynamic and promotes user interaction and access.  It prioritizes ease of use, user-friendliness, user-generated content, and networking. In simplest words, it is altering your platform for user expression and allowing users to collaborate with those around them. All major social media, google maps, and blogging platforms are some of the most famous examples.

The third and the latest generation of Web 3.0, is still finding its definition. However, its core is dedicated to introducing artificial intelligence and blockchain technology, in turn developing a semantic environment for interaction.

Cross-platform development is a striking feature of web development, one that will be dominating the future in all aspects. Progressive Web Applications are a short miracle of technology, with websites working as efficiently as the installed application. The future belongs to Progressive web applications and their efficiency and competency.

How are Applications Built?

The traditional way of development is native application development, software designed for one OS system or one targeted device. Native Apps show excellent performance, are robust and speedy, feeling like a part of the device. They gain distinct access to device features and mold themselves for maximum output. However, with many emerging platforms, building for each one separately is a tedious and cost-consuming task. For any potential future device, developers will have to start the development from scratch. Progressive web apps solve the very same problem by targeting multiple platforms without compromising performance.

Not long ago, features like graphic editing, file compression, and format conversion were limited to platform-specific applications, dependent on a stable network. With the evolution of technology, all the useful features were brought to web applications as well, and now progressive web applications. Accessible through various browsers, these are proficient in the use, data storage, and security. Web applications are as feature enriched and customizable as native applications, if not more. With the involvement of artificial intelligence, the user experience has improved to a superior one. In the language of technology, many existing coding languages are also developing models for progressive web application development and adding standard libraries for developers to access.

In development, time is of most importance. Time-effective development is essential for product launching and brand growth. On a similar note, cost-effective development is an important quality during design. Progressive web applications check both the boxes with excellent results, targeting multiple audience groups and adapting to different platforms with one single source code.

The trend of window shopping also exists for online stores. The users like to surf through various products and reviews without actually downloading the app for every minor interaction. Progressive Web Applications are the direct solution to increase traffic and improve conversion rates. It also encourages previous users to return and build a bond of loyalty. Many international brands have attested to seeing improvement in growth rates after launching progressive versions for their applications, a direct increase in profit numbers.

Storage is always an issue at the back of the mind and these applications take less than 1 MB to function highly. Running on a standalone window, they create an experience of the pre-pre-installed function of the device. With installation, users get access to various new shortcuts and capabilities, improvising the interaction.

Top Ways to Protect Your Business From Cyber Attacks

Are Progressive Web Apps (PWA) the Future of Web Development?